My name is Viktor Heffele, the city of Hammelburg (Germany).
My Volga in 1963 light brown I bought in Osnabruck in Germany in October 2006 from a collector of vintage cars. 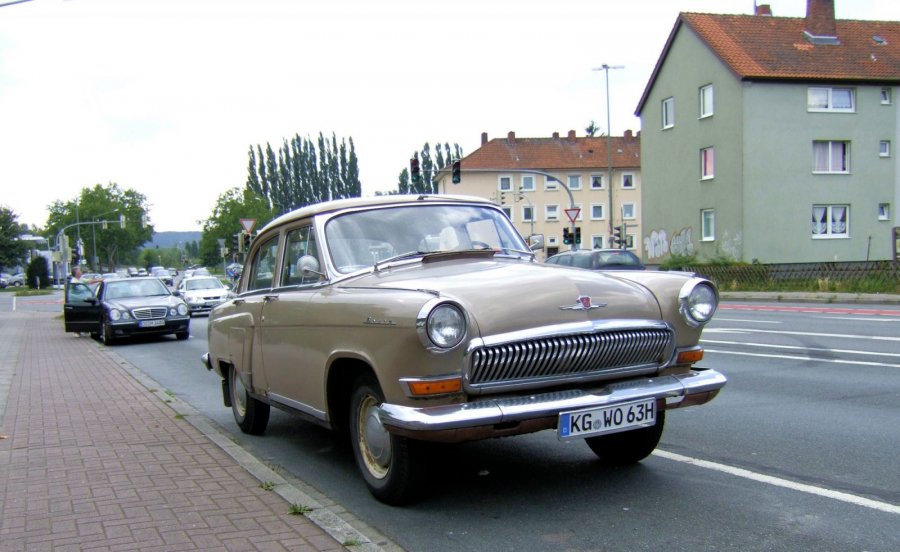 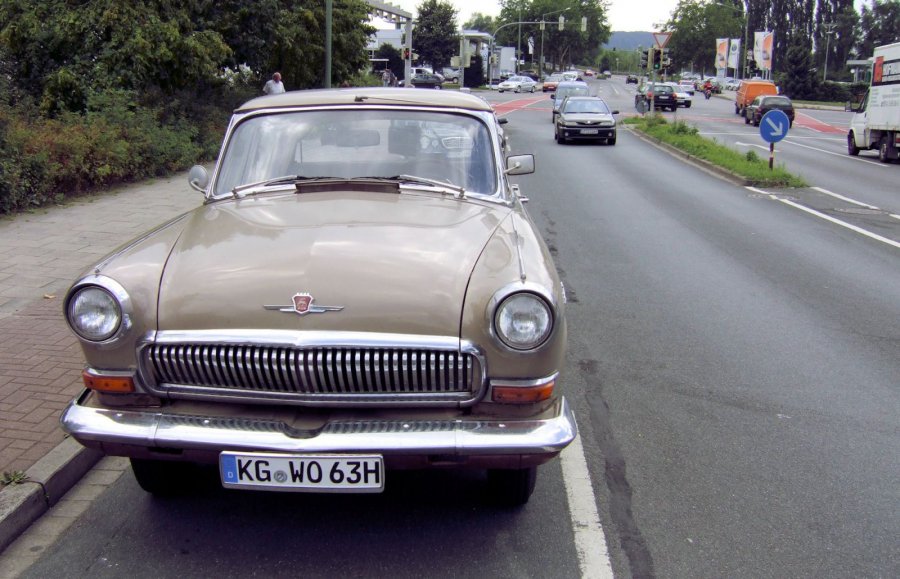 It was outside the original, in very good condition, only the salon was redone and there was no "deer" figure. With great difficulty I found, and installed it on the hood. Two years on it skated and began to restore it in 2008. 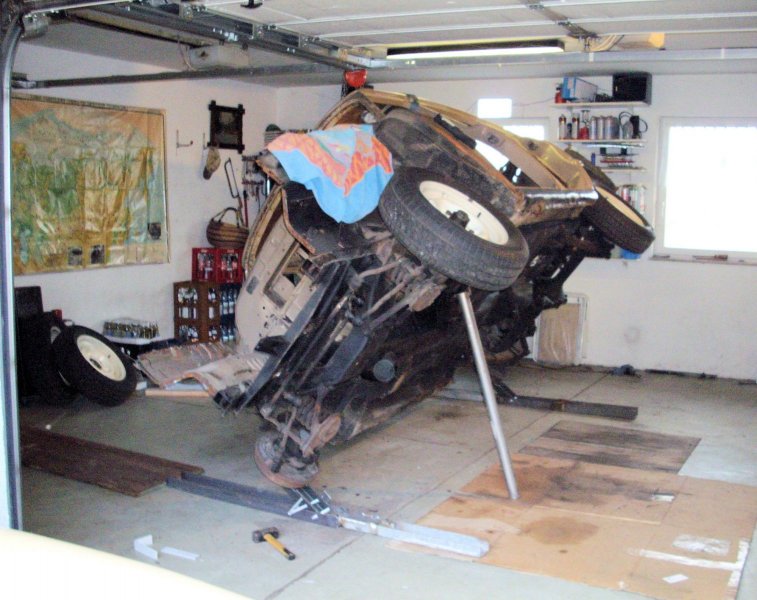 During the winter I dismantled the Volga to the last bolt, digested new thresholds and boxes (there was nothing more to cook there). Then sandblasting, finishing, fitting, painting. I wanted to paint the body in the color of the sea wave - it did not work. But it turned out to be a very beautiful blue color, to the color of the sea wave. The salon was newly made from leather. All parts that have to be chrome-plated were rechromed. In April 2009, he began to collect everything. Everything was set new. In May, there was a technical inspection without a single German error. I put it on the register and by the end of the year I drove almost 4 thousand kilometers. For the whole year there was only one breakdown, the capacitor flew. The first 3 years I went to exhibitions, one took my first place with my old lady. 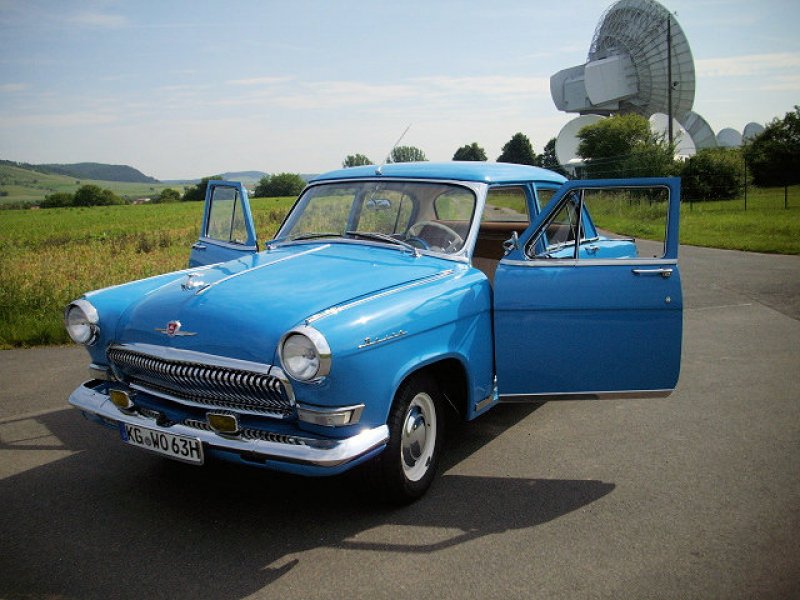 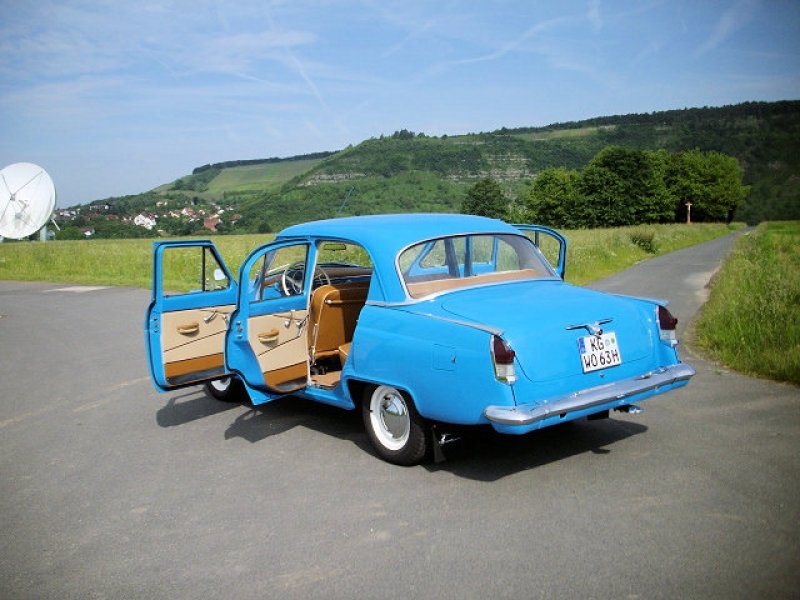 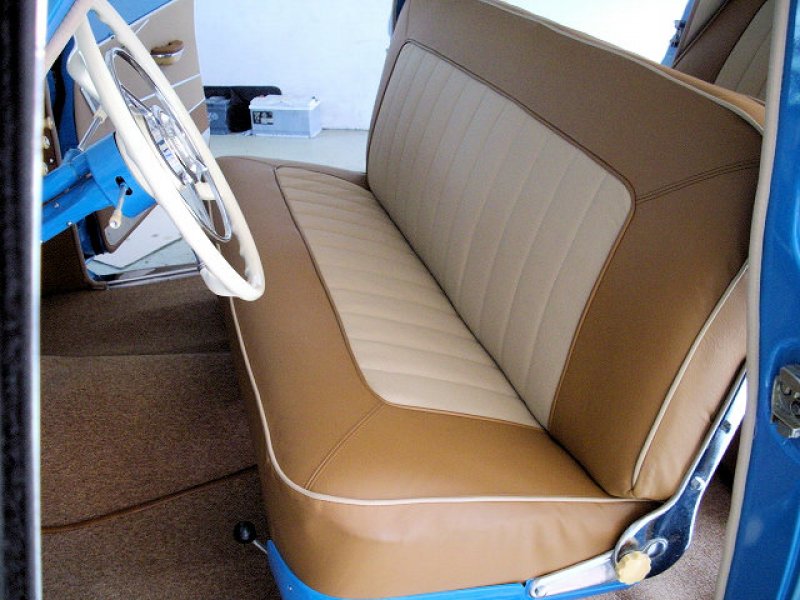 In the middle of 2000 in Germany there was very little opportunity to get the details on the Volga. In 2007, he met with Artem (the head of the online store "Retrodetal") he was visiting Germany with relatives.

Then our acquaintance started, without it it would be very difficult to collect my Volga.For 10 years of our acquaintance with the help of "Retrodetali" a lot of people have gathered their Volga in Germany. THANK YOU VERY MUCH!!!!
Today in March 2017 my pet ran almost 16 thousand kilometers, and neither did not have one problem, only one is not happy - the rear bridge sings, but we are working on it.

In 2009, he refurbished the second Mercedes car "pontoon" 190 D 1960 (the restoration is over in 2010), traveled half a year, managed to even roll one gold wedding and sold it - because he bought and began to restore the next Mercedes - also with the body "pontoon" Model 220S in 1957 with a semi-automatic transmission (by the way, the first Mercedes S-class) 6 cylinders of 106 horsepower, it's just a ride (but on the Volga, too). In 2012 he was ready. 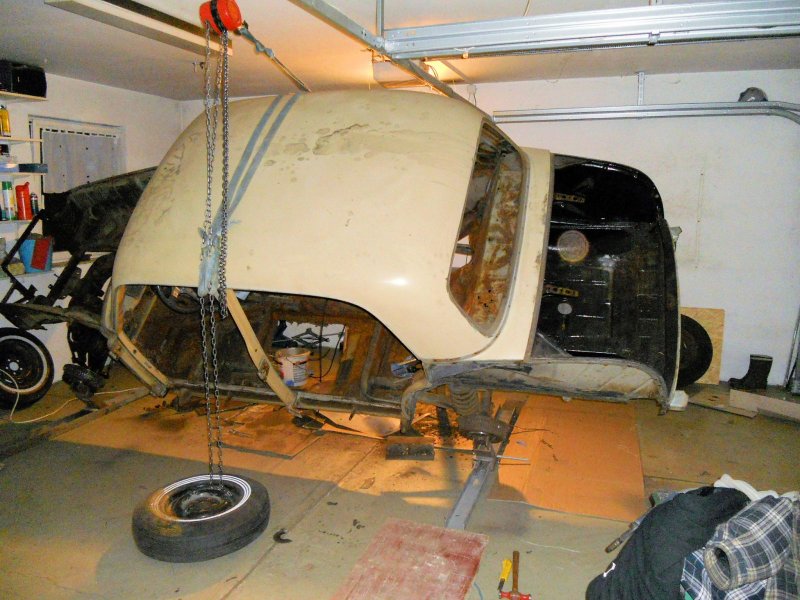 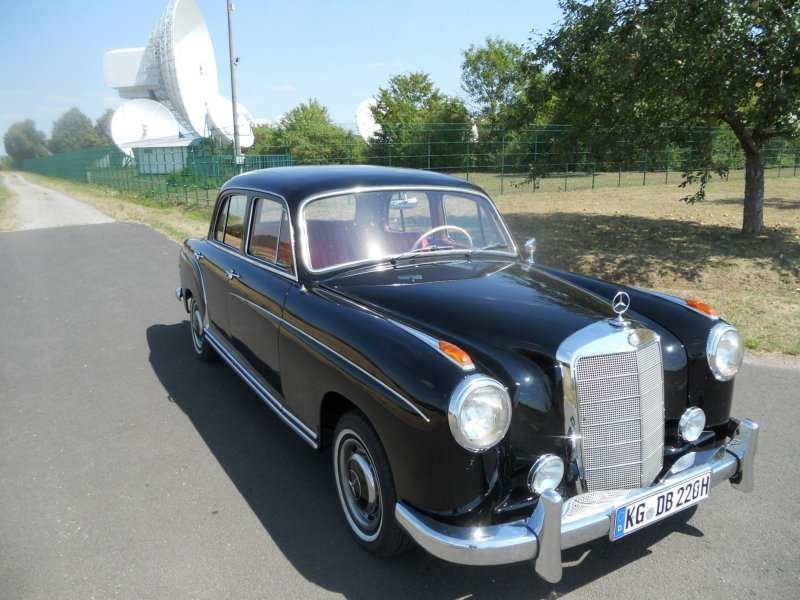 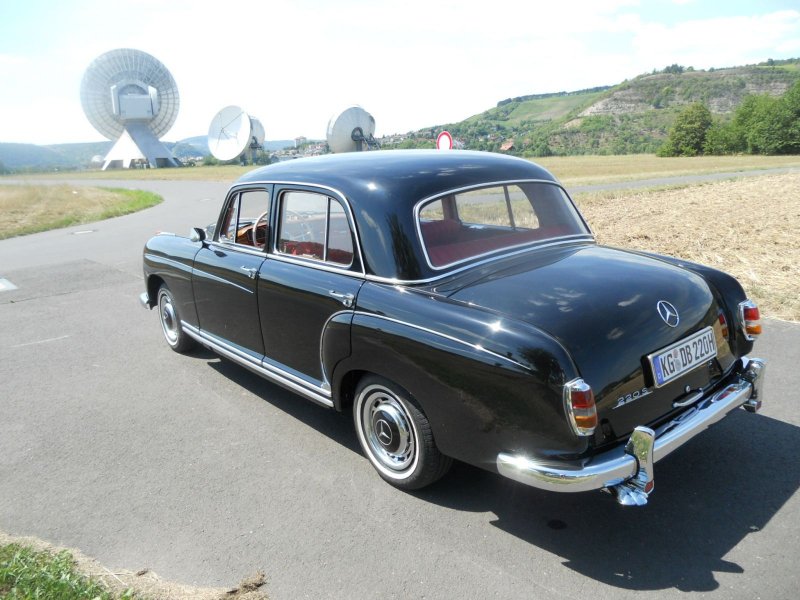 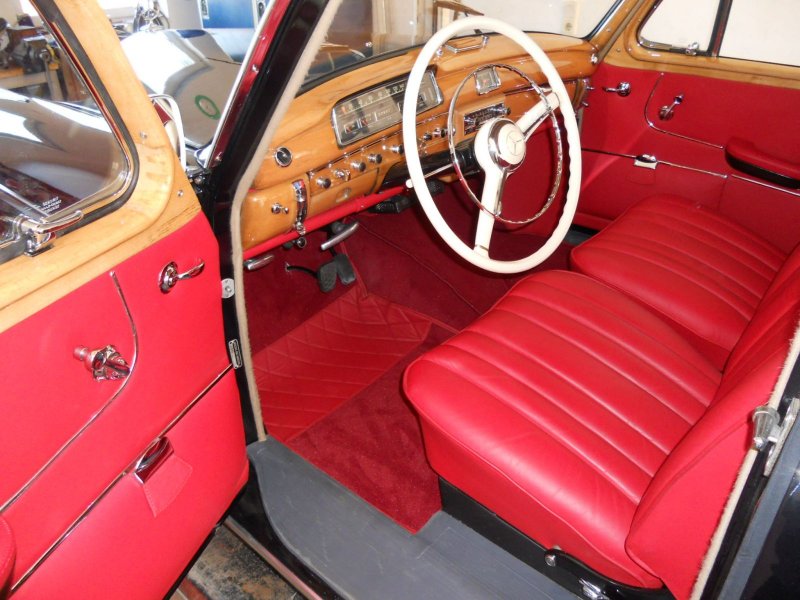 In 2013, after 6 years of work, the third Mercedes-Benz 170 S-D in 1953 was restored.I bought it in a very bad condition, dragged it from one master to another for 2 years, then finally found a Polish master by nationality, he made me welding work and painted the body better than the Mercedes plant did in 1953. 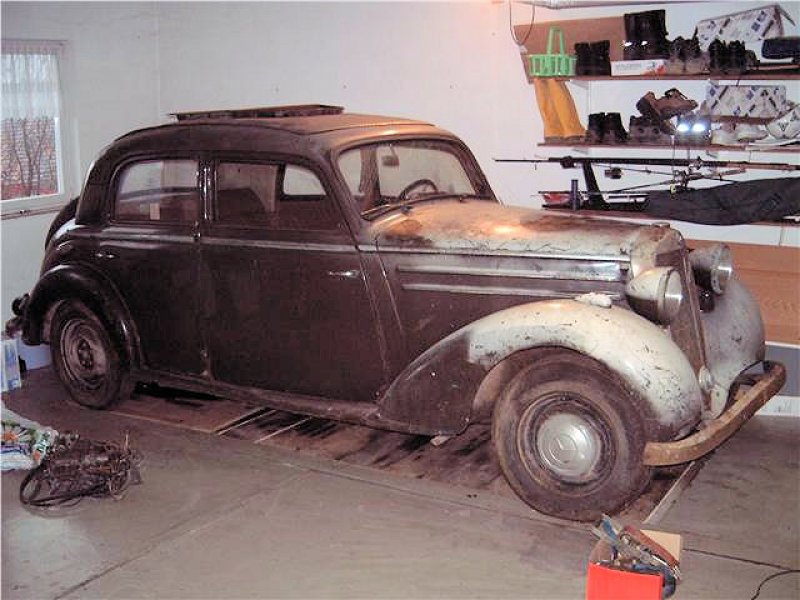 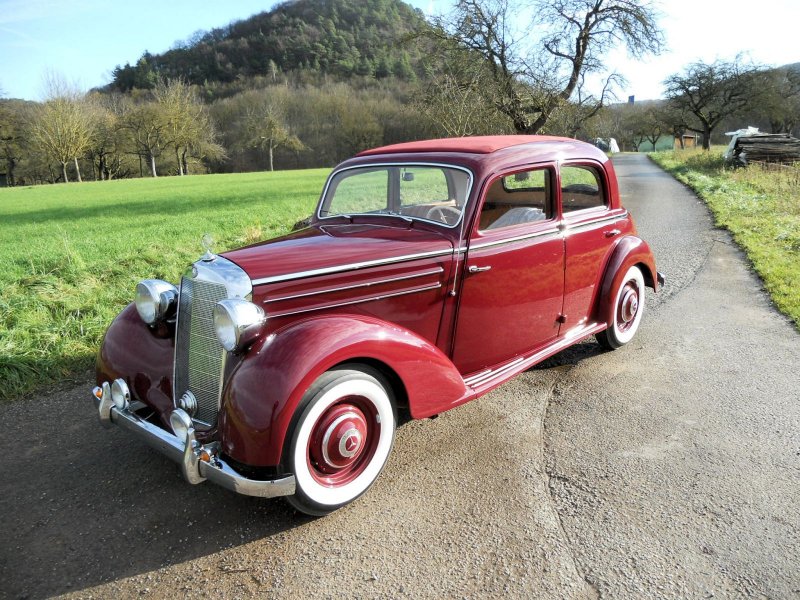 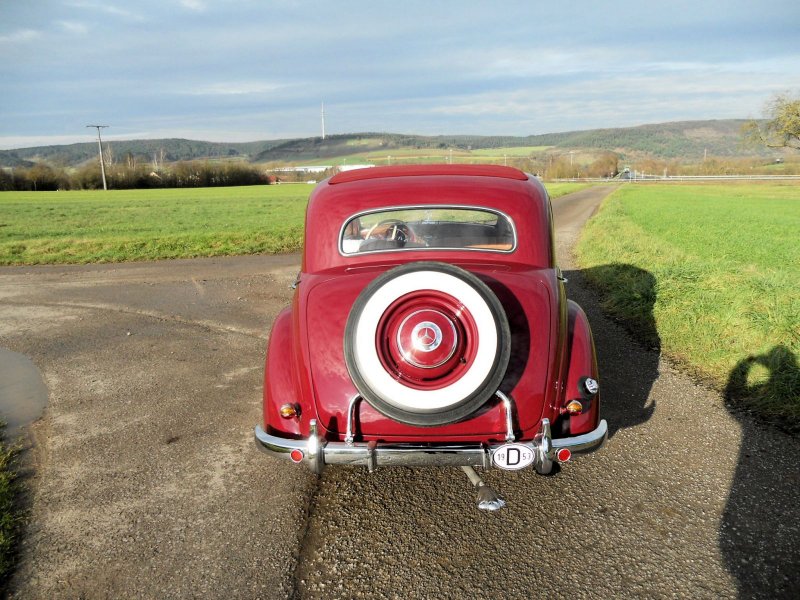 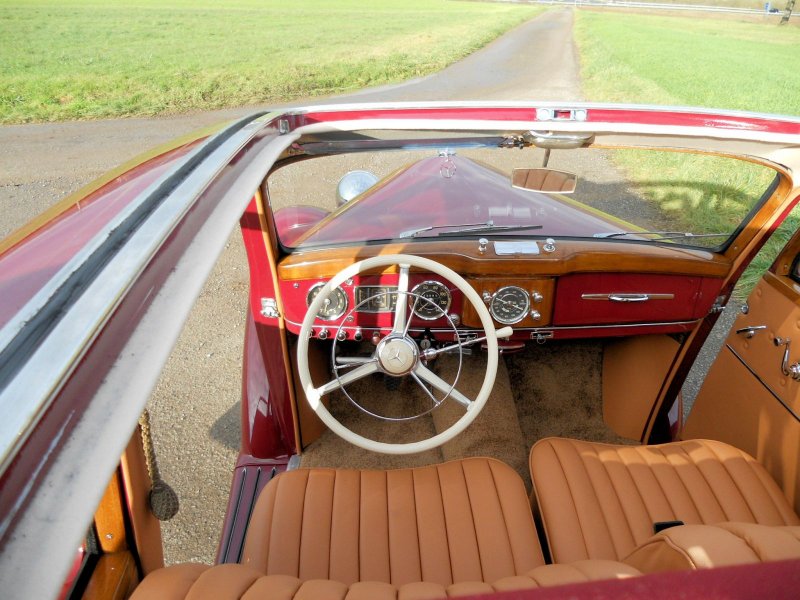 Oh, he drank blood and money from me. But in 2013 I was finally ready. Very nice turned out, but stupid in overclocking, as it had a loud diesel of only 38 horsepower.

In the restoration at the moment is Mercedes "pontoon" Cabriolet 1959, I think it will be the most beautiful in my collection, after the Volga. 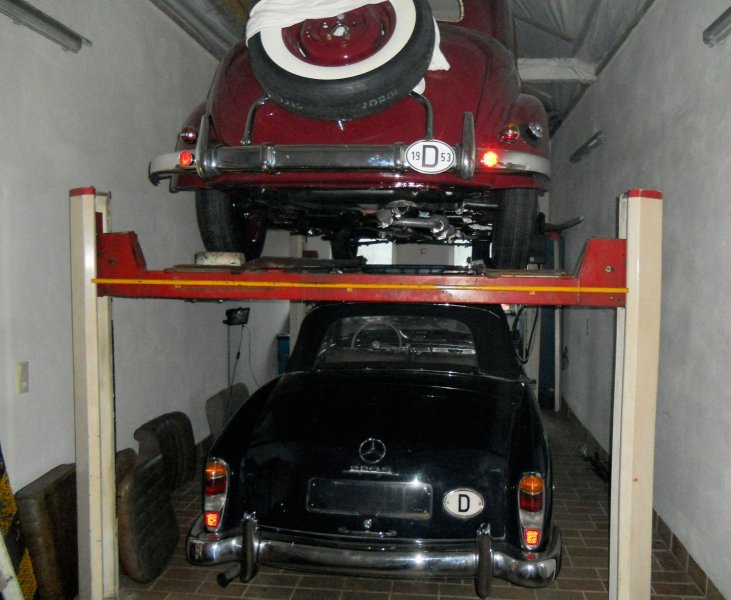 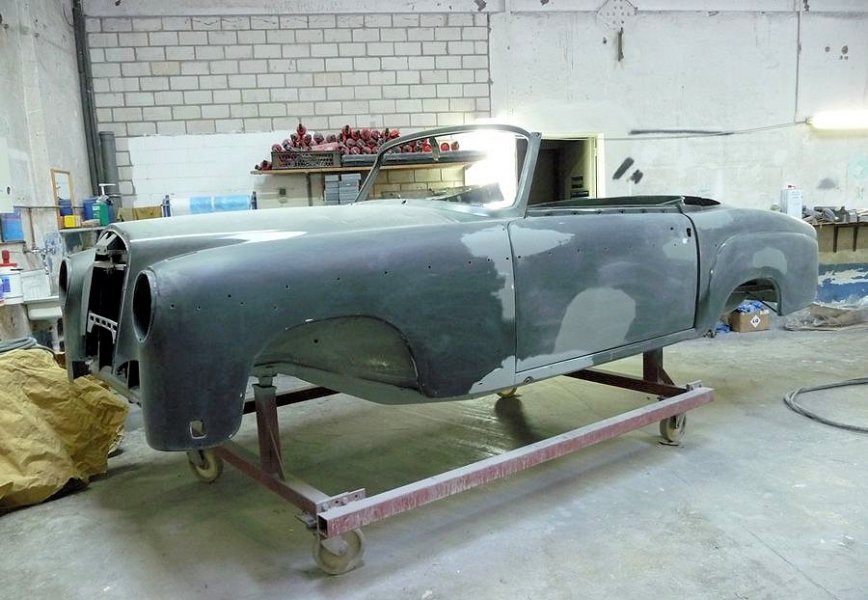 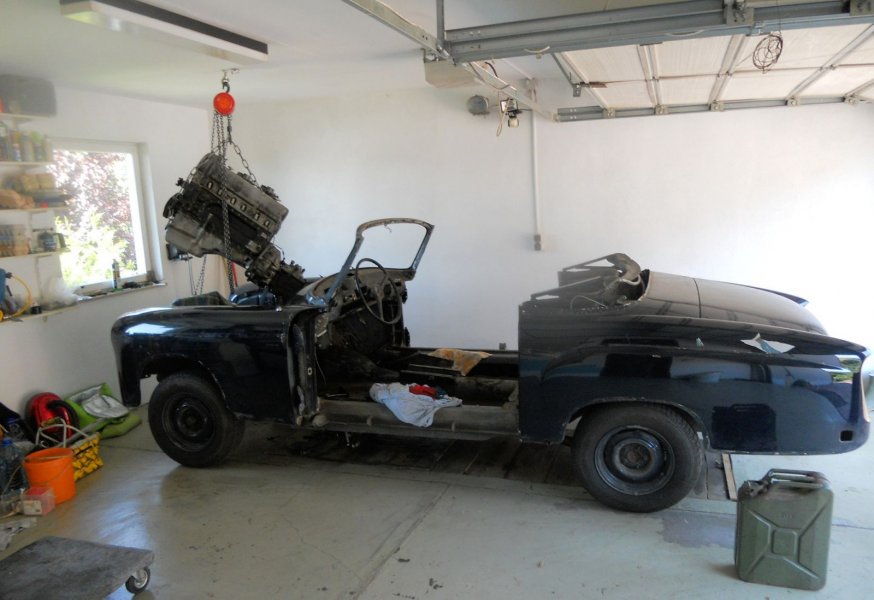 And still, there is a dream to remake 21 Volga to the Volga Convertible. 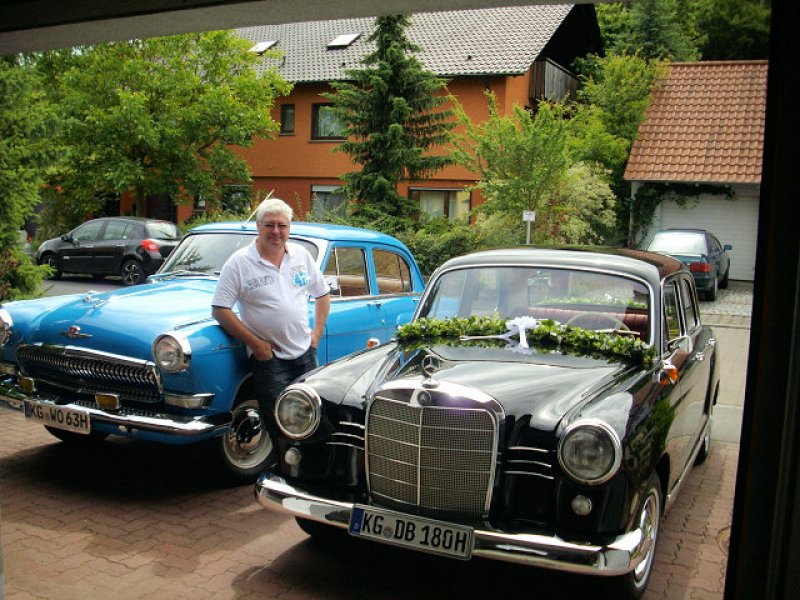