The book "CHAIKA’S FLIGHT" Part One 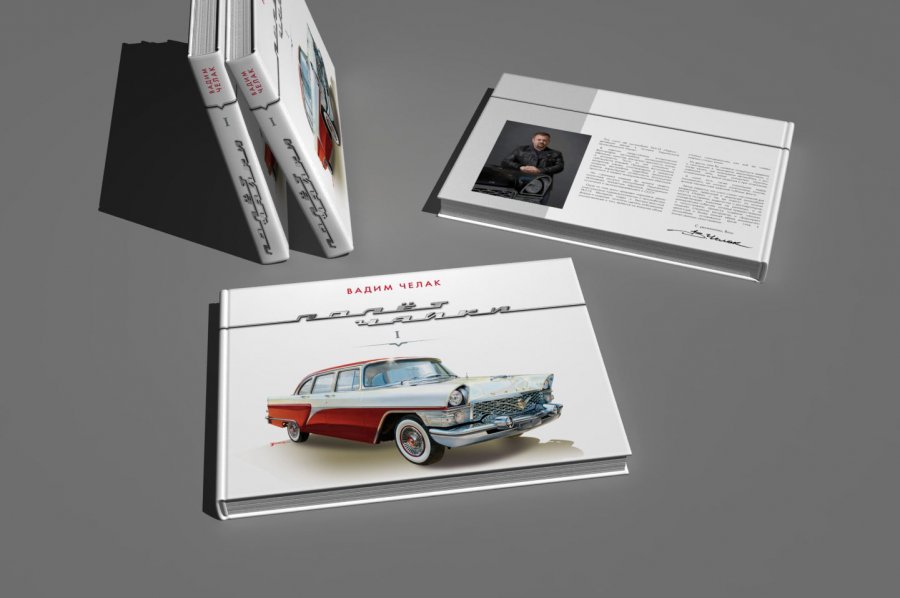 This book about the brightest star in the history of The Gorky Automobile Plant. The publication presents historical photographs of the car, experimental models, layouts, factory leaflets, sketches and documents. Part of them are unique and are published for the first time. The memories of the veterans of the plant participating in process of creation of the car are given, the characteristic features of the design of the prototype and the first experimental samples are analysed in detail.

On pages of the edition you can see colourful drawings of cars of the Gorky Automobile Plant, the import samples passing tests and operated in the USSR.

One of the chapters of the book draws a parallel between similar foreign cars and the GAZ car - 13.

The material is given in an impartial manner and allows the reader to make his own conclusion on whether the appearance of "Chaika" is copied or nevertheless is inspired by fashionable style of the era.

From the other chapters you will be able to find information about the design and technical characteristics, as well as learn how the car and its individual components were tested, which imported units were used during the creation and during the tests.

The book also contains unique newsreels, which depict many hitherto unknown to the General public facts.

The author hopes that the book will become desktop for owners, fans and judges of the GAZ car - 13 "Chaika", and will also answer many questions of historians, modellers and restorers; will concentrate attention on real, but not fictional events which preceded and accompanied process of creation of the car; will change a perception stereotype, and will create complete and fuller image of the well-known car which has left a bright mark in domestic automotive engineering.

Reference to the advertizing video: https://youtu.be/1Pr39F_299g

The author of the drawing on the cover (especially for this book) – Alexander Zakharov.

The author of drawings of car projections is Andrey Atyukin.

The author of drawings to each of the chapters is Andrey Tkachenko.

2. Modernization of ZIM – first attempt of the “Chaika” creation.

The book presents (in scanned form) well enough archive documents marked as “CONFIDENTIAL”, “NOT TO BE MADE PUBLIC”, etc., which were not known previously for the general public. Moreover, many documents refer not only to the production of GAZ-13, but to the production of other cars, as well as lorries and buses in the USSR.

You can buy this book here