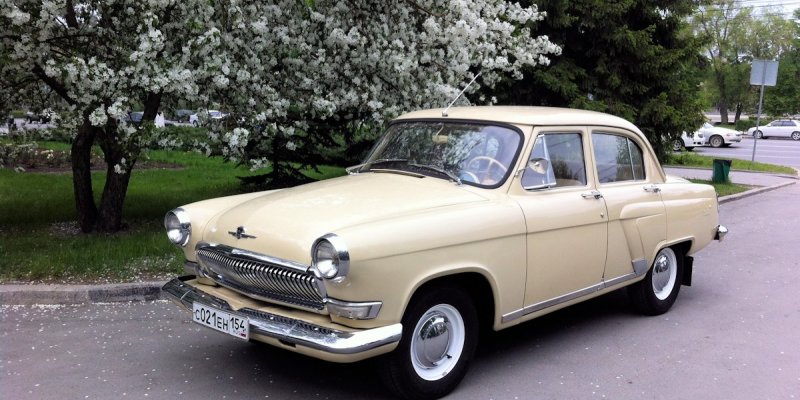 My name is Dmitry Udut, I am in the city of Novosibirsk. The car was purchased by June 22, 2013. Professional restoration machine is not exposed, but before I bought a car - with him were executed painting works with replacement body parts, hauling interior, replacement of some units of the automobile. It is in this state, the vehicle was purchased:
- painted;
- With pereshito salon of non-original materials, but in the original style;
- With new front and rear wings, fuel tank, springs, full front suspension, headlights;
- In completeness, as far as possible the original.

Numerous small flaws were eliminated on their own. Plans to replace the rear axle - a new bridge, acquired in Moscow, he is waiting in the wings for the third year.

More vintage cars do not have, but I plan to purchase.

"Twenty-first" Volga remember from childhood, she has always attracted attention, and after visiting the park participants Peking to Paris rally in Novosibirsk in 2013 and the car was bought.

Volga is now the darling of the family, it gives a lot of positive emotions from the summer departures, a direct participant in the wedding of my son.

From your side I will add that site Retrodetali found many things that helped to solve many problems of the Volga and make it the most attractive.